‘Doormaking and Window-Making’ by Anonymous

As the Industrial Revolution mechanized the jobs of the joiner – building doors and windows by hand – one anonymous joiner watched the traditional skills disappear and decided to do something about it.

Plenty of books exist on building windows and doors, but most of them assume you have had a seven-year apprenticeship and don’t need to know the basic skills of the house joiner. Or the doors and windows these books describe are impossibly complex or ornamental.

“Doormaking and Window-Making” starts you off at the beginning, with simple tools and simple assemblies; then it moves you step-by-step into the more complex doors and windows.

Every step in the layout and construction process is shown with handmade line drawings and clear text. The booklets are written from a voice of authority – someone who has clearly done this for a long time.

During the last 100 years, most of these booklets disappeared. Booklets don’t survive as well as books. And so we were thrilled when we were approached by joiner Richard Arnold in England, who presented us with a copy of each booklet to scan and reproduce for a book.

We have scanned both booklets, cleaned up the illustrations and have combined them into a 176-page book titled “Doormaking and Window-Making.” In addition to the complete text and illustrations from these booklets, we have also included an essay from Arnold on how these rare bits of workshop history came into his hands.

“Doormaking and Window-Making” is a hardbound book measuring 4-1/2” wide x 7-1/4” high. It is casebound, Smythe sewn and features acid-free paper. 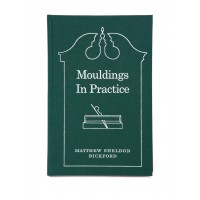 ‘Mouldings in Practice’ by Matthew Sheldon Bickford After years of publishing woodworking i.. 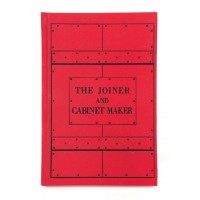 ‘Joiner and Cabinet Maker’ by Anonymous with Christopher Schwarz and Joel Moskowitz. "The Jo.. 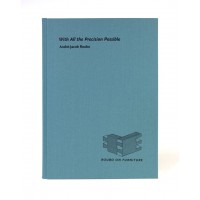 Roubo: With All the Precision Possible: Roubo on Furniture

‘Roubo: With All the Precision Possible: Roubo on Furniture’ by Donald C. Williams, Michele Pie..

From Truths to Tools

‘From Truths to Tools’ by Jim Tolpin and George Walker; Illustrated by Andrea LoveAnd once you .. 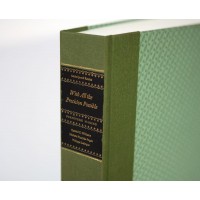 By Donald C. Williams, Michele Pietryka-Pagán & Philippe LafargueNOTE: Once the stock is deplete..